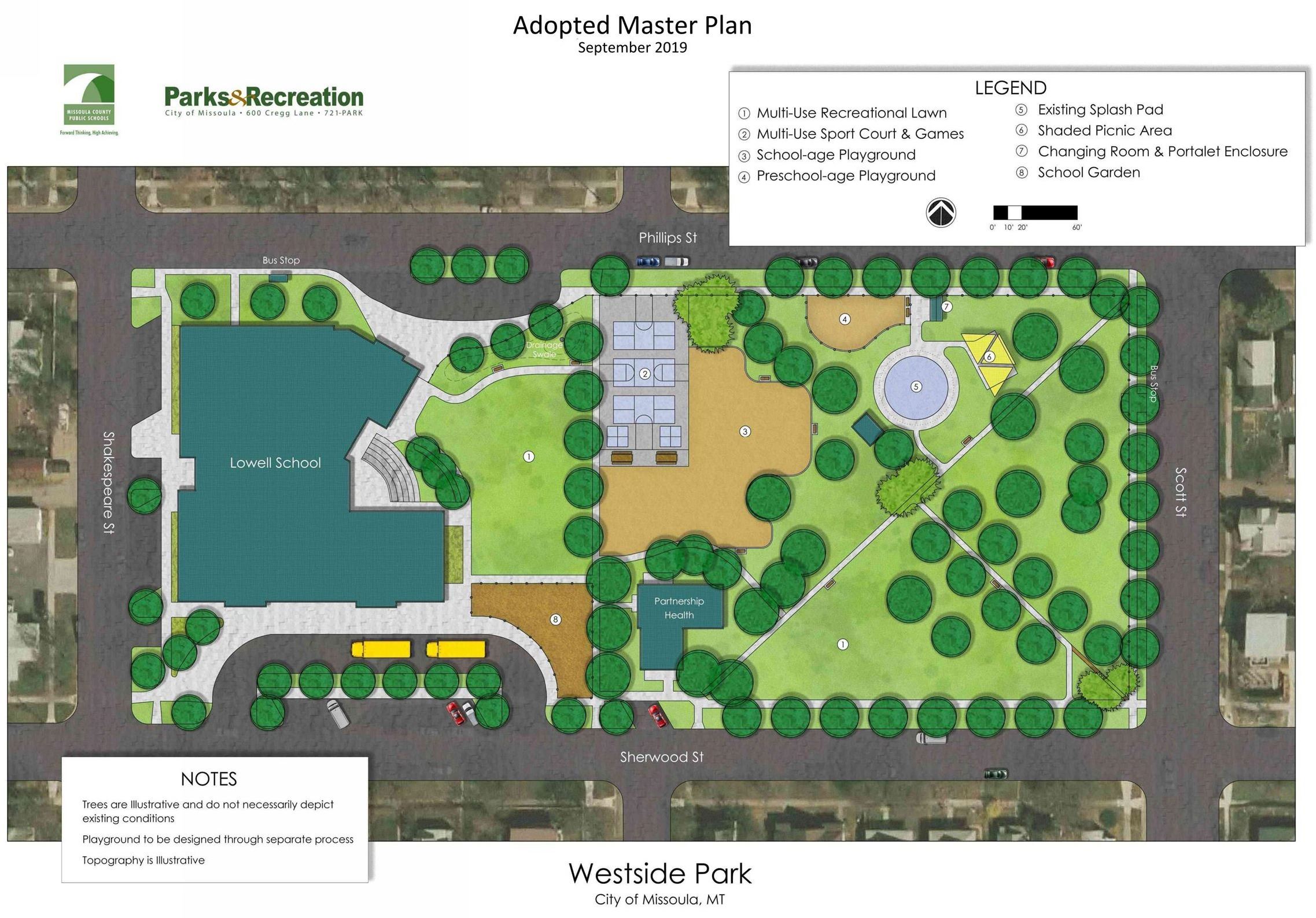 Lowell Elementary/Westside Park playground is closed to the public during school hours through June 11, 2020.

A master park plan is a comprehensive community vision for the park and guides future park development. With the Master Plan in place, Parks and Recreation and our partners can pursue funding for park development through the City budget, state and federal grants, impact fees and private and public partnerships.

The Master Park Plan includes a new playground that was designed in part by local play experts—the Westside neighborhood kids who’ll be using it. In 2018, 310 students from Lowell Elementary participated in a playground study, which included a field trip to six different playgrounds throughout the City. Kids had a chance to play on the features at each playground and tell park planners and MCPS staff which of those elements they would like to see in their own school playground. Park designers used the study to gain valuable insight into how children interact with each other and with the various play features in each park.

Westside Park’s existing wood playground was constructed in 1989 through a community-wide fundraising and build project. Playground safety inspectors contracted by the City have determined the structure has reached the end of its natural life expectancy, and they recommend it be replaced as soon as possible. In Missoula’s harsh winter climate, wood playgrounds of this type have a typical life span of 15 to 20 years. Parks and Recreation plans to salvage and re-use some of the existing playground elements and artwork where feasible.

Funding for the new playground will come from the City, MCPS and private fundraising. Westside Park is located on land owned by MCPS and leased to the City of Missoula, which operates and maintains the park. 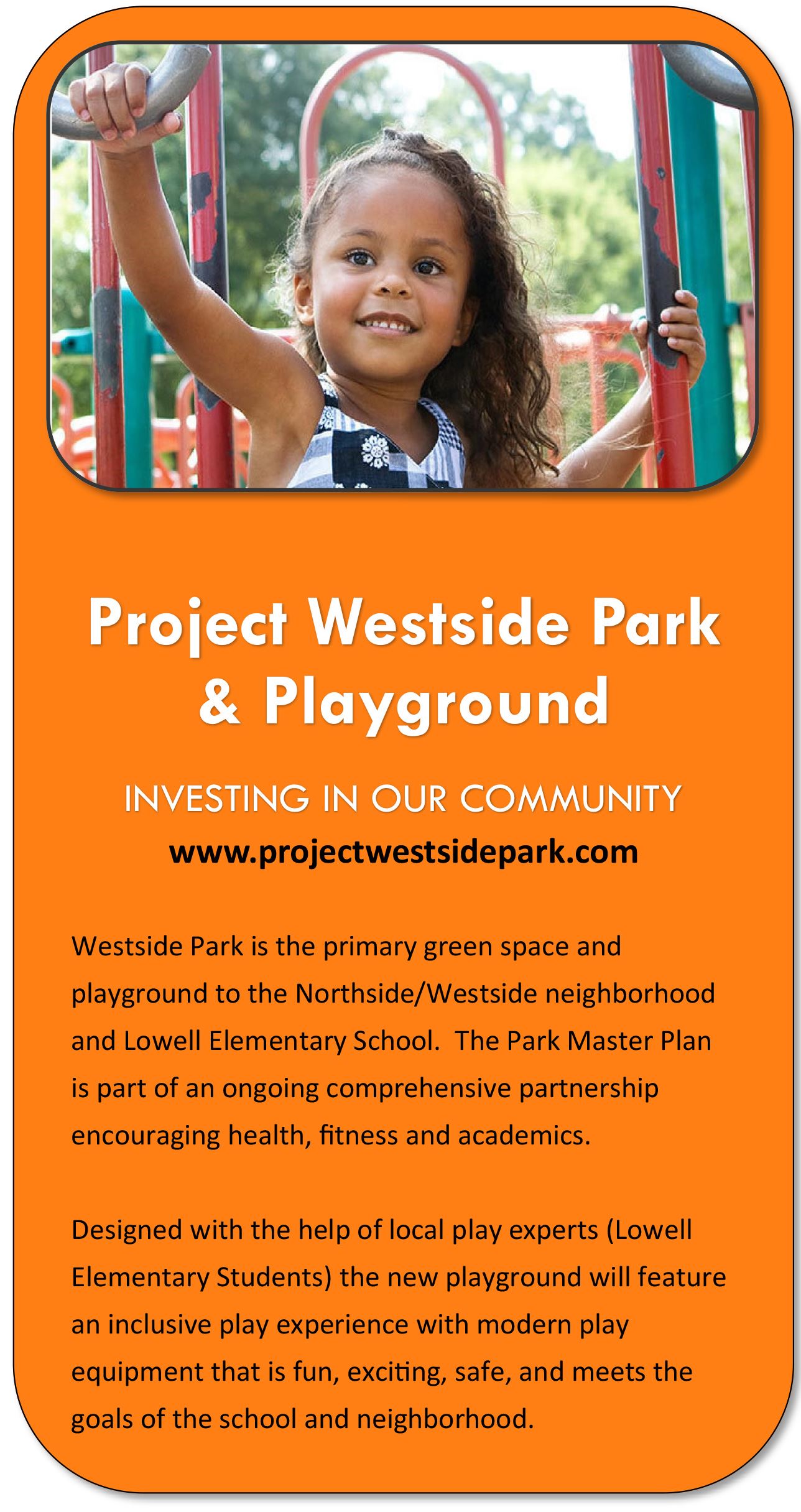