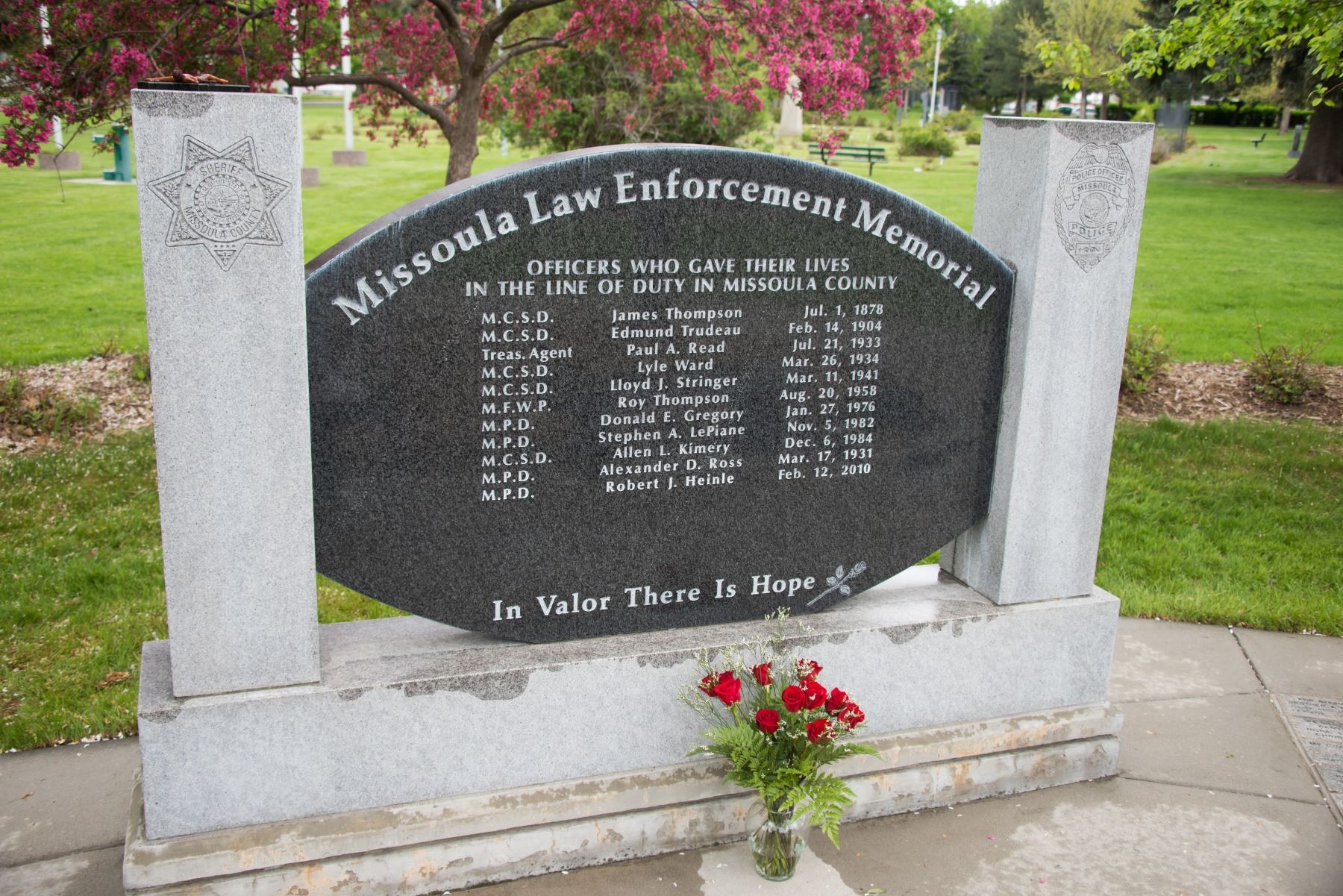 In early October of 1998, members of the Missoula Police Officer's Association, Missoula County Deputy Sheriff's Association, and the Missoula Police Department Retired Officer's Association formed a committee to establish a permanent memorial for law enforcement officers killed in the line of duty. They established a place that can be a beautiful remembrance for families and friends of officers, also making a special place for everyone in the community to be proud of.

In July of 2000, the Missoula Law Enforcement Memorial was dedicated as a lasting tribute to the nine Missoula officers killed in the line of duty since 1904 and honoring the men and women of law enforcement who risk their lives each and every day so that we remain safe in our community.

The Memorial is located at the south end of Rose Park, near the corner of Mount Avenue and Brooks St.

Every year during the National Law Enforcement Week (the week of May 15), a local celebration is held at the Memorial Rose Garden to again honor those who have fallen in the line of duty and to recognize and pay tribute to the bravery of currently serving law enforcement officers throughout Missoula County.

Sergeant Gregory was shot while responding to a domestic disturbance on January 27, 1976.

Officer Steve LePiane was killed by a drunk driver while responding to assist another officer on November 5, 1982.

In 2010 we also lost Sgt. Bob Heinle, the fourth Missoula Police Officer to have fallen in the line of duty.

If you would like to know more about these fallen heroes, we've compiled some information about the officers in the links below. 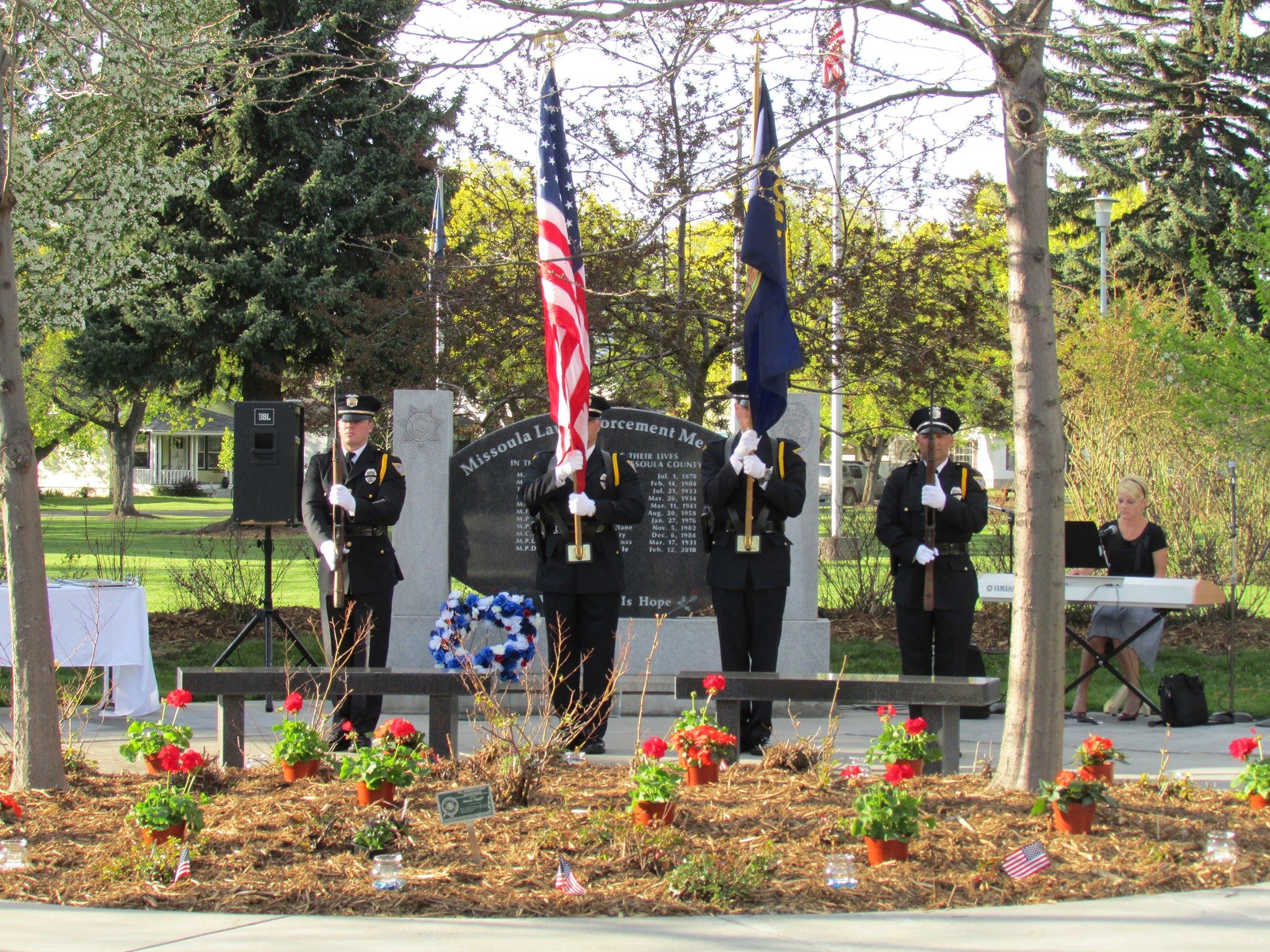